We are now pleased to welcome our new spiritual leader to Congregation Adas Emuno, Rabbi Barry Schwartz.  Rabbi Schwartz will begin conducting Shabbat services in the month of August.  So he shouldn't be a stranger when you see him for the first time, here is a photograph: 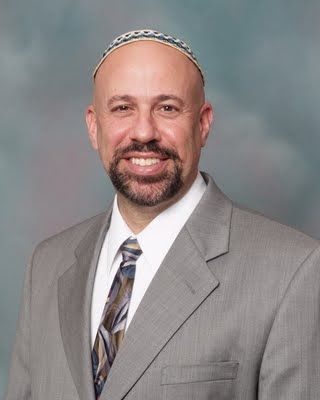 And to begin to get to know him better, here is his brief biography:

Barry L. Schwartz, a noted rabbi and author, is the CEO of the Jewish Publication Society in Philadelphia, the preeminent English language publisher of the Bible and Jewish classics for the past 120 years.

Rabbi Schwartz was senior rabbi of Congregation M’kor Shalom in Cherry Hill, NJ for more than a decade. He previously served pulpits in Amherst, NY and Chevy Chase, MD. Rabbi Schwartz began his career as the rabbi of the Leo Baeck Center in Haifa, and served in the Israeli army.

Rabbi Schwartz is a prolific writer, the author of four books, a prize winning short story, and scholarly articles that have appeared in the Journal of Reform Judaism, American Jewish History, and the Hebrew Union College Annual. His textbook, Jewish Heroes, Jewish Values, is used in over 300 religious schools nationwide. A previous text Jewish Theology: A Comparative Study explores Jewish denominational thinking. Honi The Circlemaker: Eco-Fables From Ancient Israel is a series of folktales for children. Rabbi Schwartz’ latest book, Judaism’s Great Debates, will be published next year in adult and youth editions.

Rabbi Schwartz has a special passion for Jewish environmental activism. He has also been extensively involved with interfaith efforts, especially in Camden, N.J.

Rabbi Schwartz’ personal interests include hiking, cycling, table tennis, bonsai, and of course, reading. He is married to Deborah A. Schwartz, an occupational therapist specializing in hand rehabilitation. Their three children are Nadav, a financial planner, Talia, a speech pathologist, and Noam, a student at Rutgers University.

We will certainly be hearing more from Barry in the weeks to come, both here on our congregational blog, and in person, at Adas Emuno.   Until then, Shalom Rabbi Schwartz, and welcome!

Email ThisBlogThis!Share to TwitterShare to FacebookShare to Pinterest
Labels: Rabbis