A Window on Adas Emuno History

At our annual Adas Emuno fundraiser and cantor's concert this past May, Fiona Arang, who organized the event, asked me to prepare a little talk about our history, and I thought I would post it here.  The talk concludes with a call to restore and install the stained glass windows from our original synagogue window, and photographs of the windows are included below.


Seven score years ago, our fathers, and our mothers, brought forth, in this State of New Jersey, a new congregation, dedicated to the principles of family and community, spiritual partnership and the universal kinship of the human race.  We are here today, one hundred and forty years later, because of the vision, the commitment, and the dedication of those pioneers from Hoboken.


They could have chosen to do nothing, to spend their time working and entertaining themselves, as so many of us do today.  But they realized that a life lacking in the spiritual dimension is a life that is truly impoverished and incomplete.  And so, they chose to keep faith with Judaism as a tradition.  And as it is an evolving tradition, they chose to move forward as part of the Reform movement, so that Jewish life could take full advantage of all that the modern world has to offer, and so that our religion could remain open and flexible, to meet the challenges of changing times, to continue to adjust to rapidly changing circumstances, to remain relevant in a world that the founders of our congregation would have difficulty recognizing.


Just consider that back in 1871 there were no automobiles, or airplanes, no satellites or astronauts.  Cities were not wired for electrical power, and indoor plumbing was still a pipe dream.  There were no motion pictures, or sound recordings, no radio or television, no computers or internet.  There were no vaccinations, no pasteurization, no x-rays, no penicillin, no organ transplants, no knowledge of DNA, no cloning.


In 1871, the nation-state of Germany was born, an event of some significance to the founders of our congregation, who were all German immigrants, and this brought the Franco-Prussian War to an end, with France's surrender.  Across the Hudson River, it was William Tweed who surrendered, to the authorities, his arrest bringing to an end his reign as the Boss of Tammany Hall.  To our North, British Columbia joined the Canadian Union in 1871, while the United States itself was still healing from the wounds of the Civil War, in the midst of the Reconstruction Era, under the presidency of Ulysses S. Grant.  If you think about it, our congregation was founded at the same time that the modern world, the world that we know, was struggling to be born.


The world of the founders of Adas Emuno seems so far removed from our own, and yet 140 years is but a blink of an eye in the history of the Jewish people, which originates about four thousand years ago.  The Diaspora began over two and half millennia ago, with the destruction of the First Temple in Jerusalem, and we fully became a nation in exile almost two thousand years ago, with the destruction of the Second Temple.  We commemorate both of these events on the fast day of Tisha B'Av, and also on that day in 1492, half a millennium ago, that the Jews were expelled from Spain.


The founders of Adas Emuno were Ashkenazi Jews, part of the great immigration of over 200,000 German Jews to the United States that took place between 1840 and 1880.  Before the 1840s, most American Jews were Sephardic, including the Revolutionary War hero, Haym Solomon.  And as you know, the American Republic was founded on the principles of equality and religious freedom, and in fact our founding fathers looked to the Torah as a guide in drafting our constitution, looked to ancient Israel as a model of a nation founded on human rights, unalienable rights, that is, rights that cannot be revoked, not even by democratic degree, because they are the natural rights of all human beings bestowed upon them by our Creator.


Over in Europe, things were more complicated, but the German Jews who came to the US in the 19th century brought with them their own experience of the Enlightenment, emancipation, and reform.  During the 18th century, the German Jewish philosopher, Moses Mendelssohn, one of the leading figures of the Enlightenment in Germany, argued for the separation of church and state, and acted as a mediator between German and Jewish culture.  He is remembered for his formula for re-formed Jewish life:  "Adopt the mores and constitution of the country in which you find yourself, but be steadfast in upholding the religion of your fathers, too."


The French Revolution is seen as the starting point of Jewish emancipation in Europe, following the example of the American Revolution, as the Declaration of the Rights of Man of 1789 provided the general principle of equality independent of "religious opinions," and in 1791, the National Assembly granted full citizenship to all Jews within French borders.  The willingness of individual Jews to swear loyalty to the French Empire was not sufficient for the Emperor Napoleon, who in 1806 called together a National Assembly of Jewish Notables to answer twelve questions about Judaism, and later assembled the "Great Sanhedrin," which was the name of the Jewish governing body that existed before the destruction of the Second Temple.  Finally satisfied about Jewish loyalty, Napoleon pronounced Judaism one of France's "official" religions in 1808, although he also enacted new economic and residential restrictions on the Jewish people.

Before his ultimate defeat, Napoleon had conquered the states of Germany, and his imperial rule brought with it emancipation for the German Jews, which in turn led to the formalization of the Reform movement, initiated by Israel Jacobson, Abraham Geiger and others in Germany in the early 19th century.  The first Reform temple was built and dedicated in Hamburg in 1818, and the German Jews that immigrated to America brought the Reform movement to the western hemisphere.


The first Reform congregation in the United States was known as "The Reformed Society of Israelites," organized in 1824 in Charleston, South Carolina, and as this was a southern congregation, it should come as no surprise that the Society was founded by secession, from another congregation.  And it was here in the United States that the Reform movement flourished, especially following the great wave of 19th century German Jewish immigration.  It was out of this confluence of events that Congregation Adas Emuno was born.


The congregation first started meeting in Odd Fellows Hall, and what that says about the abiding character of our community I will leave unsaid.  After a few years, we moved to a larger building in Hoboken, and in 1883 we erected a home of our own, a synagogue that, while no longer home to a Jewish congregation, still stands today and is considered a historic landmark, the oldest synagogue building still standing in New Jersey.


Within a decade of the completion of the synagogue, the congregation had grown from 33 families to over one hundred, close to the size it is today.  Our congregation thrived in this location for the first half of the twentieth century, but during the postwar era, population shifts made it less and less feasible to maintain a Jewish center in Hoboken, and in 1974 we moved to our present location in Leonia, purchasing a building that was formerly a Lutheran Church, the Lutheran denomination having its origins in Germany as well.


Over the years, our congregation has evolved demographically, not only in moving north, but also in moving beyond the original make up of the congregation as almost entirely German, so much so that the minutes of early board meetings were recorded in German. Today, our congregants include Ashkenazi Jews from many different points of origin, as well as Sephardic Jews and Jews of middle eastern origin, and we are also blessed with many members who are Jews by choice, and we remain open as well to non-Jews who wish to take part in Jewish life.


But as much as things have changed, some things have remained the same, including the sense of warmth and affection that everyone notices when they first encounter Adas Emuno.  We have been able to maintain our identity as a small, intimate congregation where everyone gets a chance to participate, to be an active part of religious observance and community activities.  We have remained an open and inviting group, one that is distinguished creatively, artistically, and intellectually, one that retains that pioneering spirit of 1871, and that commitment to enlightenment culturally, and spiritually.  Ours is a congregation that is truly modern, truly Reform, truly American.


And here we are today, at a time of transition.  This is our cantor's farewell concert, we are all grateful for her many years of service to Congregation Adas Emuno, we will miss her golden voice and more importantly, her golden heart, and we wish her the best for the future.  We have been blessed, over the past 140 years, with many gifted and dedicated spiritual leaders, rabbis and cantors of outstanding quality, and we give thanks for the blessings that we will continue to receive in the years to come, as we prepare to welcome our new rabbi and student cantor.  We have also been blessed by good neighbors, by Leonia's conservative congregation Sons of Israel, who have closed their doors, but given us a gift of a beautiful ark that we will be installing in the near future.  In this way, we will carry on a bit of their tradition here in Leonia, along with our own.


And as we look to the future, I think it worthwhile to note that our synagogue building was erected in 1942, which means it will be 70 years old next year.  In other words, it's no spring chicken, and I think we all know that it needs some sprucing up.  We need to embark on a capital campaign, to raise money to make it the kind of sanctuary that we can all feel proud of.  And as part of that effort, we want to restore and install the stained glass windows that Adas Emuno congregants brought with them from Hoboken to Leonia when the congregation moved.


These beautiful windows have been stored away for years, they ought to be made a part of our building, and if not now, then when?  That alone will cost about ten thousand dollars, but the value they represent in beautifying our sanctuary and forging another bond with the founders of our congregation cannot be measured.  I ask that you help us to make this dream a reality, and in the coming years, to help us to improve our buildings and grounds in ways that we all can be proud of.


Back in 1871, the founders of Adas Emuno started this congregation because they knew their lives would not be complete without a spiritual home.  In doing so, they kept faith with a four thousand year old tradition that is continuing to evolve and adapt to changing circumstances.  They built Adas Emuno for themselves, for their families, for their children.  And they built it for us, for the Jewish community of the future, individuals that they would never know, living in a world that they could not possibly imagine.


And we today benefit from the gift that they gave us, and the question before us is, can we be true to that gift?  Can we create a home for Adas Emuno that our congregation deserves, a home that we can take pride in, and a home not just for ourselves, but for the generations that are following in our footsteps? 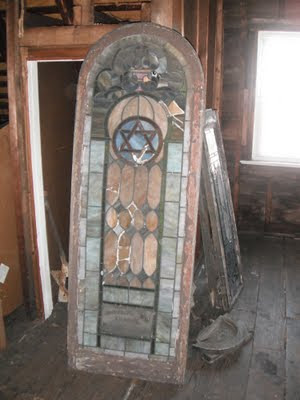 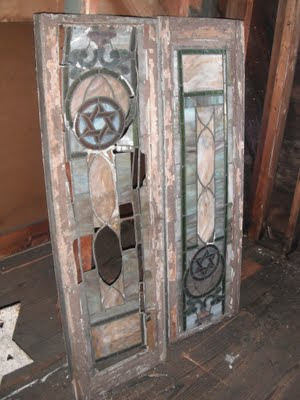 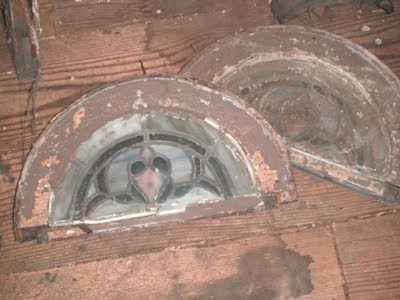 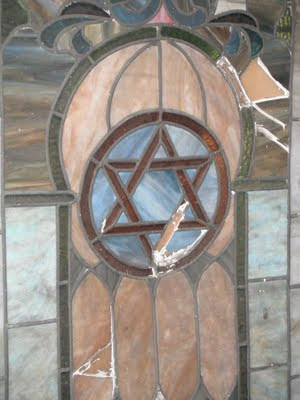