Report on the Biennial 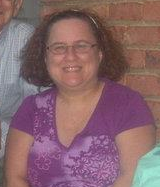 
Report on the Biennial


Audacious Hospitality… This is the new phrase of Reform Judaism. And I will use it to describe the six days, which I spent in San Diego along with about 5,000 others at the Union for Reform Judaism‘s/Women of Reform Judaism’s 2013 Biennial. Audacious comes from the word "audacity," which the dictionary defines as bold, daring, and courage. This is what I am bringing back to my synagogue and to my personal/ professional life.

What is the Biennial? Every two years, the URJ/WRJ gathers together thousands of Reform Jews – lay leaders, synagogue professionals, clergy, entertainers, NFTYites, and more – to connect and reconnect, pray, learn, network, and grasp the movement of the Reform Movement.

I admit that I am a convention junkie. I love attending conventions for professional development and rejuvenating much needed energy. In 2009 and 2011, I attended my first and second Biennials in Toronto and Washington, D.C., respectively. The experiences were unforgettable as my mind exploded with the excitement and spirit–the ruach–of the Movement. The week in San Diego, I felt that same ruach. I participated in the most exciting, stimulating, thought-provoking, and innovative programming and prayer I look forward to at each Biennial.

I love the over-stimulation and fast tempo at Biennial. There are so many people and so many things happening simultaneously. You are constantly running into people you have not seen in years, or since the last Biennial or in decades. You want to catch up, but you also want to make it to a session, maybe two or three at the same time! The programming is overwhelming in the best way possible; there are hundreds of sessions to attend. The exhibits, vendors, and Kikar-Resource Row are another piece that makes “fear of missing out” exciting to some people because, truly, there is just so much going on.

Some of the programmatic highlights where I experienced boldness, daringness, and courage were:

Biennial Shabbat is an experience like no other that features boldness, daringness, and courage. Friday night worship was a stunningly beautiful service led by the clergy team of Rabbi Joel Sisenwine, Cantor Jodi Sufrin, Rabbi Rachel Saphire, and Noah Aronson (student Rabbi/composer) of Temple Beth Elohim, Wellesley, MA and the Biennial Choir. Following dinner with 5,000 of your closest friends came the most spectacular one-hour song session featuring our cantors and songleaders led by Biennial Music Director, Josh Nelson.


After an engaging Shabbat Torah study with Rabbi Rachel Sabath Beit-Halachmi, National Director of Recruitment and President Scholar at HUC-JIR, what followed was hands-down the most creative and exceptional Shabbat and Torah service of all time. Led by Rabbi Rick Jacobs, Cantor Angela Buchdahl of Central Synagogue, Movement specialist, Liz Lerman, Amichai Lau-Lavie of Storahtelling and Lab/Shul and the Biennial Choir incorporated exquisite music and readings to the service. What made the Torah service so amazing? It was bold, daring, and courageous. It was creative, it was fun, it was engaging, and it had serious depth. The best way I can describe it: thirteen platforms were set up around the giant plenary hall. Each platform served as a bimah, and those who had been asked to stand there (representatives from 13 URJ organizations) had a Torah with them on their bimah. The 5,000-person plenary chanted the Torah blessings together, and then each platform had a reader who read for each separate aliyah within earshot of their section. It gave me chills. It was beautiful. Moreover, it was interspersed with stellar “sTorah-telling,” a particular highlight being Shira Kline as the biblical character Dinah. It reinforced, so very much, all that is possible when we think outside the box.

After a moving WRJ Installation ceremony, the concluding Saturday night plenary was the most incredible opportunity to observe an event honoring 100 years of the Women of Reform Judaism and celebrating 75 years of NFTY. The program was a celebration of amazing female musicians, role models, educators, and social activists. It honored Anat Hoffman, the bold and daring director of IRAC, and it blessed the generations of old and new in sweeping musical tributes. To end the final evening, Josh Nelson and Neshama Carlebach treated us to a late-night concert that could have gone on all night.

The Biennial experience got me so energized, so pumped, about all that is ahead for us soon-to-be cantors, educators, and rabbis. It made me see so clearly how the Reform Movement is growing and shifting, how Rabbi Rick Jacobs is a visionary who practices what he preaches, how committed and passionate so many of its constituents are, and most of all, the evolution to which the Reform Movement is committed and in which it is invested so deeply. What am I bringing back? Ideas on opening our arms to change, embracing that which we do not know, engaging with all those who are “othered” and “nones” to us, and being exemplars of “audacious hospitality.”


Posted by Congregation Adas Emuno at 9:00 AM