This summer a new chapter in an old debate erupted in the American Jewish community.

Rabbi David Wolpe of Temple Sinai in Los Angles, among the best known congregational rabbis in the country, published a column, Why I Keep Politics off the Pulpit. In it he says that he is "endlessly besieged by requests to take on this or that political or social issue." He remarks that, “with each new presidential administration the pressure grows greater." Rabbi Wolpe then explains why he avoids talking about politics from the pulpit. He concludes, “don’t tie your Torah to this week’s headlines. We are better, bigger and deeper than that.”

The reaction was fast and furious, in defense of Rabbi Wolpe and opposed to Rabbi Wolpe. The most talked about rebuttal was from Rabbi Rick Jacobs, president of the Union for Reform Judaism, our movement. He begins, “There are few colleagues for whom I have more respect than Rabbi David Wolpe.… I count him as both a teacher and a friend. Which is why I was struck by… [his] recent op-ed… How could someone who is usually so right be so wrong on something so important?”

Rabbi Jacobs entitled his piece, A Politics Free Pulpit is an Empty Pulpit. He distinguishes between partisanship and politics. While maintaining that the former has no place in the pulpit, he argues that the latter is indispensable. According to Jacobs we have both the right and responsibility to speak out on the moral issues of our day. So whereas Wolpe claims that, “what you may not do, if you are intellectually honest, is say the Torah points in only one political direction,” Jacobs counters that “although once can certainly love Torah and follow different political paths, one cannot claim to be a lover of Torah and nor care about how our society treats those in need, the weak, the vulnerable, the stranger and the oppressed.”

Jacobs continues, “the Judaism that I believe in does not limit Torah lessons to the parchment of our… scrolls… The Judaism that I live compels me to use those lessons to understand the most urgent challenges we face." He goes on to quote Rabbi Stephen Wise, perhaps the most influential rabbi of the early 20th century, who said, “the pulpit of the synagogue is charged with the responsibility of… prophetic memories and prophetic aspirations… pledged to… truth- speaking under freedom… a most solemn and inescapable duty. I could not with self-respect remain silent.”

Indeed, we studied Rabbi Wise in our History of Reform Judaism course at our Shabbat morning Torah study this past year. In 1905 Wise turned down the most prestigious pulpit in the country, Temple Emanu-El of New York, over the issue of freedom of the pulpit. He wrote a scathing letter to the chairman of the synagogue board, the famed industrialist Louis Marshall: “Dear Sir: If your letter of December first be expressive of the thoughts of the trustees of Temple Emanu-el, I beg to say that no self-respecting minister of religion, in my opinion, could consider a call to a pulpit which, in the language of your communication, shall always be subject to, and under the control, of, the board of trustees.” Wise went on to establish the Free Synagogue of NY, and spoke out on the great issues of the day. In 1919 he took on the steel industry, siding with the striking workers. A group of prominent trustees and members connected to the industry were outraged. They withdrew their building pledges and many resigned. Wise later recalled that “the ideal of pulpit freedom was put to the test, and the ideal was sustained. But the [new] building was lost.”

I don’t think it is hard for you to guess where I stand on this debate. Stephen Wise is one of my heroes for the moral courage he showed in his generation, like Rabbi David Einhorn showed in his generation, when he spoke out so strongly against slavery and for abolition that he was forced to flee his pulpit in Baltimore. More recently another of my heroes, Rabbi Abraham Joshua Heschel spoke out for Civil Rights and against the Vietnam War, and so did my own rabbi Michael Robinson, in Croton-on-Hudson, NY.

All of them were inspired by the prophets of ancient Israel, who understood that religion and politics are inseparable; that ethics is the essence of piety, not ritual; that truth must confront power. 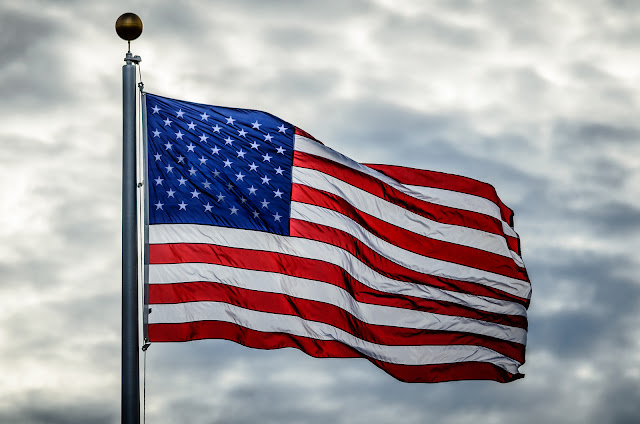 All of this is prelude to the point I make now. If what is happening in Washington now is the number one subject on my mind (and maybe yours); if what is happening to our country has been on my mind non-stop since November; if I cringe at the news night after night after night… how can I not talk about what is going on… from the pulpit, here at the High Holidays? Where do I begin?

I will take just one issue: healthcare. You will remember that is was the primary issue in the country… before Charlottesville.

National health insurance is considered a right, not a privilege, in first world countries around the world.

Here, the hard-won mandate to cover all in need, this summer’s debacle notwithstanding, is under constant threat of being repealed but not replaced.

Let’s not forget that at least 23 million Americans may yet lose their health care.

Let’s not forget that hundreds of thousands of the working poor may yet see their Medicaid program disappear.

Let’s not forget that hundreds of thousands of the elderly may yet see their Medicare program premiums skyrocket.

Let’s not forget that hundreds of thousands of the disabled may yet see their benefit slashed.

Many experts say that medical debt will surge. Untreated conditions will surge. Bankruptcy will surge. Extreme poverty will surge. The Nobel prize winning economist Paul Krugman calls the proposed repeal and the new budget lethal, and its effect, “apocalyptic.”

Paul Krugman puts it starkly: “Losing health care is a nightmare… tens of millions… [may] soon find themselves living this nightmare.”

What is happening? Who are we?

Look at what we have seen during and after this election.

I call this sad and cruel time, “the closing of the American heart.”

Make no mistake about it: the so called “America First” narrative is in reality an “America Divided” narrative.

As National Book Award Winner George Packer acerbically notes, “America First is the conviction that the country has lost its traditional identity because of contamination and weakness—the contamination of others, foreigners, immigrants, Muslims; the weakness of elites who have no allegiance to the country because they’ve been globalized.”

“This narrative,” Packer continues, “has contempt for democratic norms and liberal values, and it has an autocratic character. It personalizes power, routinizes corruption and destabilizes the very idea of objective truth.”

Is giving tax breaks to the rich while breaking the backs of the poor “America First”?

Is sowing fear among our immigrant population while quashing their entrepreneurial spirit “America First”?

Is blaming “both sides” for injustice while implying a repugnant moral equivalency between racists and those protesting racism “America First”?


In American Covenant, his magisterial new study of civil religion in America, historian Philip Gorski notes how the Book of Exodus inspired our founding fathers. It speaks, of course, of the revolt against tyranny, the traverse of the wilderness, the making of a covenant, and the journey on to the Promised Land.

The Exodus saga inspired John Winthrop and Roger Williams. It inspired Benjamin Franklin, who wanted to depict Moses on the Great Seal of the United States. It inspired Abraham Lincoln and Frederick Douglass. It inspired Martin Luther King Jr. It should inspire us anew.

At its heart and essence, the Torah is a prophetic narrative. All stand equal before God. All stand at the Mountain. All pledge loyalty to the covenant and to each other. As we will read on Yom Kippur, “You stand this day, all of you, before the Lord your God, your tribal heads, your elders and your officials, all the men of Israel, your children, your wives, even the stranger within your camp, from woodchopper to water drawer, to enter into the covenant"(Deut. 29:9-10).

A true American Covenant ethic, in contrast to a pseudo America First manifesto, promotes unity, not division. It promotes equality, not inequity. It promotes compassion, not cruelty.

A true American Covenant ethic does not build walls, but opens gates. It is not a fortress but a beacon. It cares for the widow, the orphan, the poor and the stranger… because it feels commanded to do so.

A true American Covenant faces out, like Lady Liberty.

And in the words of Emma Lazurus’ famous poem at her base, “From her beacon-hand glows world-wide welcome.”

This is our country.

This is our Promised Land.

This is the place where we reject division and defamation.

This is the place where say no to collusion and confusion.

This is the place where we speak truth to power.

This is the place where we say, “Dissent is patriotic.”

This is the place where we say, “Hate has no home here.”

This is the place where we sing, “My country, tis of thee, sweet land of liberty.”

This is our country!

Posted by Congregation Adas Emuno at 10:30 AM