Reed Harvesting at Teaneck Creek for Sukkot and Science

On Sunday, September 12, Congregation Adas Emuno was one of several Jewish synagogues and schools that came to the Teaneck Creek Conservancy in Teaneck, NJ to harvest reeds, which are used to build the ceremonial Succah for the Sukkot holiday.  While cutting their holiday reeds, harvesters learned from Dr. Beth Ravit, a wetland scientist who also is a member of Congregation Adas Emuno, how their reed harvesting is helping to restore the urban wetlands of Teaneck Creek. 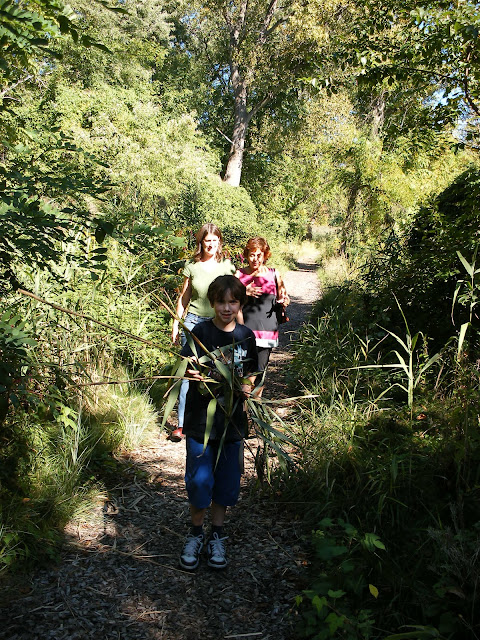 The reed harvesters cut and removed Phragmites australis – the Common Reed. Phragmites was native to the New Jersey region and the species is known to have existed at least 1,000 years ago in the upland portion of northern New Jersey marshes and swamps. However, the genotype found here today probably came over from Europe or Asia in the 19th century, and some of its genes are different from those of the native species. The newcomer exhibits very aggressive growth patterns - growing to heights of more than 10 feet and shading out desirable native wetland vegetation. It also responds very positively to nutrients (especially nitrogen), and so when rain washes fertilizer off lawns and carries it down into the Meadowlands portion of the Hackensack River estuary we see Phragmites taking over the marshes that remain here today.

However, Phragmites also is an amazingly helpful plant.  Found worldwide, including on the shores of the Dead Sea in Israel, the plant removes excess nutrient pollution from water. It thrives year-round, sustained by an underground air and food supply system built of tough rhizomes that may be buried as much as two feet deep. In the Teaneck Creek Conservancy, where six stormwater pipes drain runoff from the streets of Teaneck, the Phragmites are helping to clean this water before it flows into Overpeck Creek on its way to the Hackensack River. For this reason Teaneck Creek Conservancy wants to retain some Phragmites, but needs to keep it from spreading and taking over the entire park. 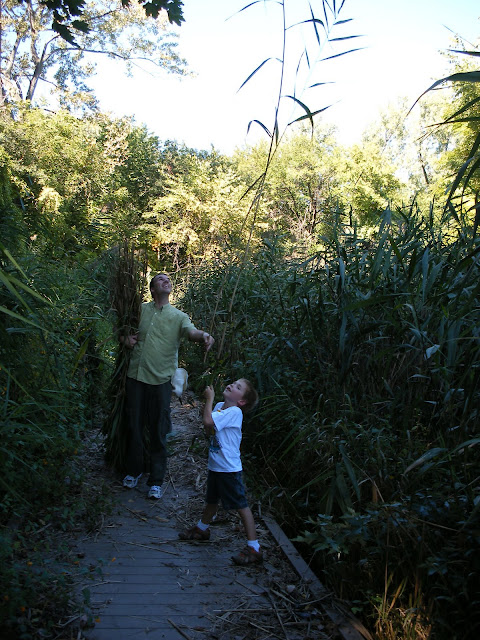 The non-profit Teaneck Creek Conservancy is dedicated to the reclamation and revitalization of the lands and waters of a 46-acre property within Overpeck County Park for public use and enjoyment as a passive park and outdoor environmental and cultural education center.  By cutting the Phragmites growing adjacent to the park’s walking trails, the harvesters help to contain the plant in its present location. This act of stewardship in our own County Park is a wonderful celebration of the Sukkot harvest and thanksgiving for the earth’s bounty.

Posted by Congregation Adas Emuno at 2:40 AM

Email ThisBlogThis!Share to TwitterShare to FacebookShare to Pinterest
Labels: Sukkot