I wanted to include a post here on the congregational blog of Adas Emuno about my friend and colleague, Meir Ribalow, who recently passed away.  Although he was not a member of our congregation, he did make the trip out to Leonia once, back on April 14, 2007, as our first ever Havadallah Talk speaker. This was long before I set up our congregational blog, in fact, I was only in the second month of my own blog, and I included a post about the event entitled  Sports Spiel. And if you want to read it in its entirety, just click on the title and head on over, but I'll provide some relevant protions here.


So, this past Saturday we held our first Havdallah-Talk. It featured my colleague at Fordham University (where he's an Artist-in-Residence), Meir Ribalow. And the topic of his talk was "Jews in Sports." Here's the write-up as it appeared in our temple newsletter:


Renowned Author to Speak on “Jews in Sports”

Author and scholar Meir Z. Ribalow will give a talk on “Jews in Sports” at Adas Emuno on Saturday, April 14 at 7 PM., in the first “Havdallah-Talk”, presented by the Adult Education Committee.

Mr. Ribalow is co-author (with the late Harold U. Ribalow) of The Jew in American Sports, Jewish Baseball Stars, and The Great Jewish Chess Champions. He is Director of Jewsinsports.org, a prize-winning web site, and has written about Jewish athletes in the book Take Me Out to the Ballgame, as well as for various periodicals, including Princeton Alumni Weekly. The award-winning author also has extensive writing credits in fiction, poetry, musical lyrics, children’s literature, film and travel. Perhaps best known as a playwright, Mr. Ribalow has had 22 plays receive some 160 productions worldwide, and has extensive directing credits to his name.

Currently, Mr. Ribalow is Artistic Director of New River Dramatists in North Carolina and full-time Artist-in-Residence at Fordham University, where he has taught screenwriting, film and writing courses for the last decade.

“Havdallah-Talk”, a new program for adult members of the Congregation, will be held at Adas Emuno on selected Saturday evenings at 7 PM. (Mr. Ribalow’s talk on April 14 is also appropriate and open to pre-teens and teens interested in sports). A short Havdallah service will be followed by guest speakers on a variety of topics.

The program is open to non-members as well. Admission is free and light refreshments will be served.

Virginia Gitter, a past president of the congregation and all around dynamo, not to mention the person who puts out the newsletter, wrote this up based on information I provided, and helped to publicize the event, for which I am very grateful. And as the first event of its kind, being a complete unknown, and ours being a small congregation, I had figured that it would be a success if a dozen people showed up. We had twenty in attendance, so it exceeded expectations. Meir normally gets paid a great deal to do these kinds of gigs elsewhere, so I am very grateful to him for donating his time and energy. I should add that he could have spoken on a number of different topics, including film, and literature, but we chose to start things off with sports because of the broad appeal of the topic.

As mentioned in the newsletter article, Meir has a chapter in the anthology Take Me Out to the Ballgame (edited by Gary Gumpert and Susan Drucker), and so do I. His was on Jewish baseball stars in relation to the Jewish experience in America...

Anyway, much of Meir's talk and the ensuing Q&A revolved around specific sports stars, one of the most interesting being Mo Berg, who played Major League Baseball for 16 years, but also was an undeniable genius, speaking something on the order of 16 languages, and serving as a spy for the US during WWII, even in Japan. One story has it that he spoke German so well he was sent into Germany to check on how Heisenberg was making out with the Nazi effort to develop the A-bomb. While there were regular spies who could pass as German just as well as Berg, none of them were smart enough to make a good assessment of the state of Nazi nuclear physics. Meir says that a documentary about Mo Berg is due out soon, in which he is one of the scholars interviewed.

But I digress. What I find blogworthy in all this is the point Meir made at the beginning of his talk, that sports served to counter prejudice and antisemitism, especially among those people who were unimpressed with intellectual achievement. Simply put, there is no way to argue with Benny Leonard's boxing championships, with Hank Greenberg's home runs, Sandy Koufax's strikeouts, etc. Sports provide an objective standard of excellence that is unavailable even to an Einstein.


Some of the books mentioned above are out of print, but can be purchased through independent booksellers:

And another novel just a few months ago:

And in the past two years, he also published two books of poetry:

The second one is a collection of sonnets.  And in conjunction with his work with the New River Dramatists, he edited two collections of plays, each one containing one of his own along with two by other authors:

It's not possible to list all of his publications here, but here are a few more items available via Amazon (and just a reminder that when you order through our links, a portion of the profits goes to our congregation):


Meir's father, Harold Ribalow, was an editor who dealt with just about every major Jewish-American fiction writer of the mid-20th century, and every year, Hadassah Magazine gives out a prize in his name, as they explain:


Hadassah Magazine's annual literary award for outstanding Jewish fiction was established in 1983 by the friends and family of the late Harold U. Ribalow, an editor and writer known for his passion for Jewish literature and his interest in promoting the work of many now-famous writers. Ribalow was inducted posthumously into the International Jewish Sports Hall of Fame in 2009 for his contributions to society through Jewish sports writing. 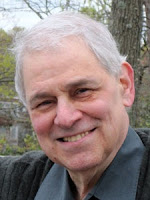 Meir was very much his father's son, very much dedicated to helping others, in addition to being very talented in his own right.  His enthusiasm and encyclopedic knowledge of movies, sports, and literature made him a delightful conversationalist, and his good humor and generosity of spirit was a blessing and an inspiration.  I think his New York Times obituary is worth sharing here as well:

He was co-author, with his father, Harold Ribalow, of three books on sports, and was Director of an award-winning sports website. Mr. Ribalow's poems have recently been collected in two volumes, "Chasing Ghosts" and "The Time We Have Misspent" and two novels, "Peanuts and Crackerjacks" and "Redheaded Blues" -- along with a new play, "Masterpiece" -- have all been published in the past eighteen months during a typically furious burst of creativity that his illness did little to slow.

He wrote articles for publications as diverse as The New York Times, The Sciences, Hadassah, and the program for the 1990 Kasparov-Karpov World Chess Championship, commented on films for the Discovery Channel, and hosted the online radio program "New River Radio" on ARTonAIR.org. His scholarly film commentary appears on a number of special edition classic DVD's, including High Noon and Sergeant York. A popular and widely respected educator, he served for almost three decades as Artist-in-Residence in the Department of Communication and Media Studies at Fordham University.

Mr. Ribalow was born into a family of writers and scholars -- his grandfather, Menachem Ribalow, edited the only weekly newspaper published in Hebrew in the United States, and his father, Harold, was an internationally renowned author and anthologist of Anglo-American Jewish literature--and was supported and encouraged by his passionately engaged music educator mother, Shoshana, and sister, Reena Ribalow Ben Ephraim (also an award-winning poet and fiction writer).

Mr. Ribalow graduated from Phillips Exeter Academy in 1966 and was a University Scholar and Class Poet at Princeton, class of 1970. He was a co-founder and Vice President of the Creative Coalition, a group of entertainment professionals devoted to social and environmental advocacy, working alongside fellow board-members Alec Baldwin, Christopher Reeve, Ron Silver, and Stephen Collins. He was also International Arts Coordinator of The Global Forum, where he worked with the Dalai Lama, Robert Redford and Mikhail Gorbachev.

Mr. Ribalow was the Founding Artistic Director of New River Dramatists, the dream child of indefatigable producer Mark Woods, which offers playwrights week-long residencies in the mountains of North Carolina and has developed some 400 new plays and screenplays, almost half of which have already been produced or optioned worldwide. Mr. Ribalow attracted and mixed established, high profile playwrights such as the late James McLure, Wendy Hammond, Richard Dresser and Lee Blessing, with lesser-known, often young, but always deserving writing talents such as inaugural McLure Fellowship and 2012 O'Neill Residency winner Hilary Bettis.

Mr. Ribalow directed numerous plays in London and New York, was Joseph Papp's Production Associate at the New York Shakespeare Festival for several years, and founded the American Repertory Company of London. A Broadway Gala Theater Benefit reading of his play Nature of the Universe with Blythe Danner and Brian Dennehy raised funds for The ALS Association of New York.

Mr. Ribalow is survived by his mother, sister, nephew Shaiel Ben Ephraim and niece Riora Kerr, and by a grateful and still-expanding community of artists, writers, actors, performers, and philanthropists who learned much of craft and even more of care through his vision and by his example.


Meir never bragged about all of his connections, he was a modest and down-to-earth individual who always had a twinkle in his eye, a smile on his face, a good word for everyone he came into contact with, and a helping hand for those who needed one. It was a privilege to know him, and a pleasure to be able to share him with Congregation Adas Emuno.